'Baby' gets a facelift

It's the end of June. We thought we would be traveling by this time, at least within Florida, but Jim's hand surgery delayed our vacation plans by at least three months. He could have driven "Baby," but he needed to do some work, and that required the use of both hands.

Jim has a long punch list of things to do, but the four main projects are:

Jim has started the remodeling project. He's torn out the carpeting and pulled up the linoleum in the bathroom and the tile in the kitchen area. Next week he's going to level the flooring and begin laying the vinyl "wood" planks we bought some time ago. We settled on the vinyl tiling because of its good looks (looks just like wood) and because of its light weight. (Real wood was too thick and heavy, and we didn't like the looks of laminate flooring.)

After pulling up all the flooring and removing the filing cabinet that was behind the passenger chair, we   brainstormed a number of different ideas on how to provide an office area and accommodate the cats' food bowls and litter box(es). We had seen cabinetry that we liked and would meet our needs (at least for an office area) in some of the newer RVs. I found some furniture online just like what we had seen. The price tag, though, was a put off. So, I began to think...

And I came up with a solution we're confident will look great!

We are going to move the dining area across the room, under the window behind the passenger seat. (This is just north of where it was to begin with.) We purchased 18" and and 24" oak wall cabinets (12" deep) that are an excellent match to our interior cabinetry. They will be on either side of the table, but will be about 1" taller. We will put a shelf "topper" across the entire length. That's where we will place the all-in-one machine as well as my laptop. When I want to work, I can easily move the laptop from the shelf to the table. As an added bonus, we'll have more storage in the new cabinets.

As soon as we get this done, I'll take a picture and post it.

We haven't quite decided what else we'll be doing to the interior. We'd like to get rid of the big recliner chair. Perhaps we'll buy a new couch and put it where the old one was. Or, maybe will get a wall hugger recliner (or two).

Jim's next project is roof repair. We knew we had a leak; it was exasperated with the torrential downfall we experienced for the last couple of weeks. (Thank goodness it is again sunny! And hot--97 today.) Then we'll take Baby into an RV repairer who will work on the electrical and air conditioner problem.

It'll all get done, sooner or later. We know, though, that by the end of August we'll be on the road to Indianapolis. Where else? We don't know. I imagine we'll be gone a couple of months. 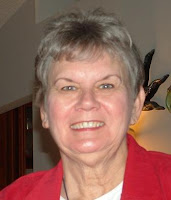 If there is one thing I can count on, it is entering a contest and not winning. I can't tell you how many times I have completed entry forms and purchased raffle tickets only to leave the event disappointed after the last prize was given out.

I never win anything.

That all changed a couple of weeks ago.

Jim and I are members of Good Sam Club; we are also members of Camping World's President's Club. Turns out that Good Sam is now in a close partnership with Camping World. Camping World bought out an RV dealership in Jacksonville last summer, and it finally celebrated its grand opening and its collaboration with Good Sam Club with an open house on a Friday evening.

We received an invitation and decided to go. We didn't know there would be prizes. We did know there would be food (some of which was GF) and probably some items we needed on sale. So, we decided to brave the rainy weather and the rush-hour traffic (both of which Jim complained about on the way to the event) to make the drive down to Camping World on Beach Blvd., about a 20-minute drive from our house.

When we got there, we were told there would be a drawing at 6 p.m. Jim put his invitation in the box and we went back to try to chocolate-covered strawberries, melon, and lettuce chicken wraps. We also found a Fantastic Fan we needed to buy to replace the one that had died in our RV kitchen. It was the only one in stock, so Jim started lugging it around.

Around 5:45 we thought about leaving, but then decided that maybe (if we were lucky) we might win a gift certificate that could knock off a few dollars on the fan. So we decided to wait for the drawing.

Imagine our surprise when the CEO of Good Sam and Camping World, Marcus Lemonis, started drawing names and giving out very generous prizes--like $500 shopping sprees. He also asked winners what they were shopping for--and then gave them their wish-list!

Jim and I looked at each other and decided that if (and it was a really big if) our name were called we would ask for the fan and a satellite dish, something we have been drooling over for a while.

About 10 minutes later, our name was called! (Actually, Jim's name, but I went up to get the prize.) Marcus asked what we wanted, teased me when I told him "a Fantastic Fan and a satellite dish" and then asked, "A high-end dish? An in-motion dish?" I had no idea what that was, but I looked at Jim, who was grinning ear-to-ear and nodding so hard his head almost fell off. I responded, "Sounds good to me!"

And with that, he gave us both items--top of the line--with installation included. Our prize was valued at more than $2,900.

I guess I can't say that I've never won anything anymore. But what I can say is, "Thank you, Marcus. We really do appreciate your generosity!"

That little trip in the rain really paid off. I guess the moral is: Always go to a retailer's open house. You never know what will happen.