Goodbye, Charlie. We love you!

March 19, 2014—The time finally came. I had postponed it for weeks, maybe years. But today, after yet another incident of uncontrolled bladder, I took Charlie into the vet and said my final farewells, crying all the time. 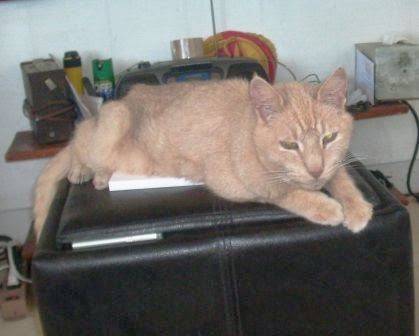 The vet, of course, gave me options. But really, there were none. Charlie was 16 years old. She said he had a bladder infection, which could be cured, but would most likely recur. She said he had chronic kidney failure. And thyroid failure. And heart failure. She could see it in his skin and bones. He only weighed 6 pounds 13 ounces, down more than two pounds from three years ago. 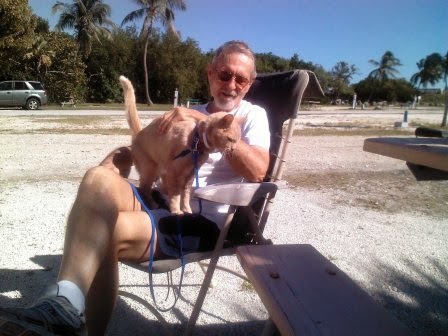 I saved Charlie from the animal shelter in Palm Beach County a couple months after I moved to south Florida in 1998. He was such a tiny thing! Hardly more than a handful. I didn’t want a big cat, and I was right in believing he would never grow big and fat.

I picked him out because he reminded me of my little dog, Poochi. I still cry  when I think of having to put him to sleep. I guess I will cry when I think about Charlie or see a cat that looks like him.

Jim always accused me of treating Charlie like a dog. I guess I did. I petted him, not stroked him. I expected him to be a companion to me. And he usually was. 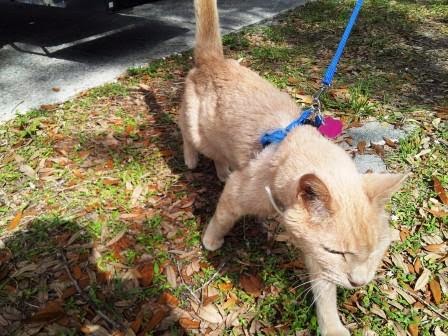 I gave Charlie a friend, Xena, a month or so after I brought him home to live with me. I thought (erroneously) that a cat should have a companion. Wrong! Dogs need a companion during the day, but cats don’t. They are independent.

Charlie and Xena never got along really well. Despite being “fixed,” Charlie would try to ... well you know. And Xena didn’t like it. She let him know.

Charlie was a good cat, though. He was especially good to Helen, Jim’s mother, who lived with us for six years until she died at age 97. Helen would go to the Senior Center every day, and would return at 1 p.m. Charlie would be waiting for her. He would walk her to her room, and then, when she laid down for her afternoon nap, he did too. They performed the same ritual every night. Usually it was in her bed that he slept.

I called Jim from the vet when I made the decision to put Charlie to sleep. I simply said, “Dig a hole.” We both cried as I said it.

When I got home, the grave was ready. He dug it just outside of the porch. He gently placed Charlie in his final resting place. As he was filling the hole, I said, “That’s where we ought to put your mother’s ashes.” Jim thought it was the right thing, too.

Helen’s ashes were buried in North Carolina, at the gravesite of her husband, Jim’s father. But we had saved some. We had talked about strewing them on the pond out back of our house. She loved sitting on the porch and watch the ducks and geese and other wildlife. Something has held us back from doing that, however. I guess strewing her ashes on the pond just didn’t feel right.

But burying them with Charlie did.

We both cried some more. I don’t think either of us had cried ver much when Helen died. It wasn't that we didn't love her. But the tears didn't flow then. But now, we put her and Charlie to rest together. And the tears came.

Charlie and Helen are taking care of each other.

I think I will cry some more tonight. I didn’t think I would. After all, Charlie was only a cat. Not a dog. But I loved him. And Jim did too.

No more Charlie stories when we travel. Goodbye Charlie—and Helen—we miss you already.